Hallo! Do you have a new puppy in the family? Have you adopted or rescued a dog? Are you thinking of  a name to give to your furry friend? You’ve come to the right place to find German Male & Female Dog Names.

Dog lovers know how vital picking the right name is. After all, it will be your dog’s identity, a signature mark. There are endless ways in choosing the perfect dog name – using a popular celebrity or movie character’s name, matching to coat color, using the place where you got your dog, tailor fitting to a unique mark or dominant trait. Should you pick from classic dog names? Use a popular politician, artist, philosopher, or athlete’s name? Mix-match names? Come up with a theme if you have more than one dog? Get a comprehensive book of dog names?

For some reason, many dog lovers choose a name associated with a country and its people and culture. If you’re looking for a German dog name, then this is the right place for you.

Whether the German dog name you choose is something traditional, cool, unique, or totally weird, it must say something about your pooch, and also about yourself as a parent or owner. Naming a dog is a reflection of what you see in your baby as well as your bond with it. Some German names can put a smile on people when meeting the dog, while other names get negative reactions.

Pick a German name that conveys the proper image of your dog, be it a companion dog, a hunting dog, a search and rescue dog, or therapy dog. Viel Glück!

While dog breed originate from many countries, Germany is home to one of the widest varieties of dogs in the world. Could you name at least 10 German dog breeds now? Can you tell the breed just by looking at it?

From the tiny Dachshund to the enormous Great Dane, from the fluffy American Eskimo Dog to the sleek Weimaraner, from the gentle Bernese Mountain Dog to the active and athletic Jagdterrier, German dogs are really a delightful and diverse breeds!

Coming in all numerous temperaments, functions, sizes, shapes, and colors, there is surely a German breed for every dog-loving person. If you want to get or adopt a German dog breed but are still undecided which one, continue reading! We’ll walk you through 30 beloved German breeds, even if some have names that suggest otherwise. We will go over the main behavioral and physical traits of these dogs, as well as their place in popular culture and other information. 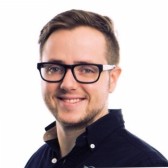